Who Decides When It’s Time to Die? 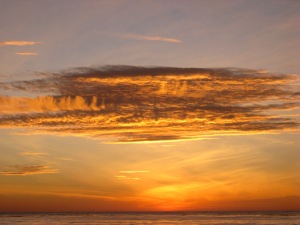 Lily was 17, a lovely black-and-white American pit bull, wiser and gentler than any dog I have ever known. My son had owned Lily since he was a teenager, but as his drug problem had escalated, his sense of responsibility had evaporated.  He had been smart enough, however, to realize that Lily needed better care than he could give, and he had let his girlfriend take her. Now clean after ten long years, he was driving to his ex’s house to tell Lily he loved her before the vet sent her off to eternal sleep.

Kept in prime shape with a raw food diet and regular exercise, Lily had outlasted her breed’s average life span. Although it seemed she would live forever, despite her arthritis and her hearing loss, despite her cloudy eyes and her mottled fur, she finally succumbed to a kidney infection. Incontinent and unresponsive, she lay on the bed with her eyes closed and her tail limp. It was finally time to say good-bye.

When he arrived, my son cradled Lily’s head in his arms.  She opened her eyes and licked his hand. Her tail came up and thumped lightly against his leg. He picked her up like a baby and pressed his nose to hers. She licked him again.

The scent and touch of her first owner seemed to bring Lily back to life.  My son placed her gently on the floor, and she took a few wobbly steps. The vet was called and cancelled.

Lily was no longer ready to die. Today, she is still getting by, slowly, sometimes painfully, but clinging to life, wagging her tail and enjoying every caress that comes her way. Lily will die sometime soon, of course, but not yet, not quite yet. She still has love to give and people who love her, no matter how frail and old she is.

Ten years ago, the doctors told me my mother was going to die. When I got to the intensive care unit, they had stuck a tube down her throat and tied her tiny hands to the bed. Weak and shrunken to barely 80 pounds, she had still summoned the strength to try to break free from the tubes and lines that bound her. When she saw me, her sea-green eyes filled with tears and her face crumpled into a look of frantic pain, as if she were begging me to release her from torture.

The nurse gave her more morphine.

A team of social workers and nurses escorted my brother and me to a windowless conference room. “Your mother cannot survive,” they told us. “Her lungs and heart are shutting down.” They asked if we wanted them to keep her alive no matter what or refrain from resuscitating her should she start to fail.

We went out to the hall, a depressing dull beige hospital hallway, and wept.

Long ago, my mother had asked me to help her die when she could no longer take care of herself. I had promised, but I later realized that I could never actually “pull the plug.” Now she had been ill for at least three years due to a pulmonary embolism, leashed to an oxygen tank, in and out of hospitals — where, being French and a picky gourmet, she refused to touch their nasty food or sip their cloying Ensure or even drink their water, which she had always hated. To please her, we would smuggle in red wine, oysters and strawberries. No, my mother would not have wanted to be revived, would not have wanted to be a burden, would not have wanted to have us suffer because of her.

So my brother and I signed the “do not resuscitate” order. They removed all her tubes, unhooked the clicking and buzzing monitors, and wheeled her out of Intensive Care. They put her in a little room with a big red dot above the door, a dot that meant “let this patient die.”

But she didn’t die. She woke up, saw us standing by her bed and smiled a big happy smile. She reached for our hands. We kissed her and smoothed back her blonde hair. She called us by name. My mother wasn’t ready to die!

We went out into that hall again and wept under the big red dot.

Every day that I went through that door, the red dot seemed to glare at me. Meanwhile, my mother continued to improve. The nurses and doctors called her “our miracle girl.”

One day, as I was painting my mother’s toenails a brilliant blue and laughing at how silly they looked poking out from the sheets, a nurse walked in. My mother looked up at her with a smile and said, “You see, I’m so much better now that my daughter came.” She gripped my hand and looked up at me with the sweetest look of love and gratitude.

She was giving me credit for her recovery when in truth I had signed her death warrant.

My mother lived another two years, slipping slowly away yet always eager to see her loved ones. She said knowing what her children and grandchildren were doing kept her wanting to live. At the end, we moved her to a hospice, where she received the most loving care.

The last day I saw my mother alive, she told me I was beautiful even though she could hardly speak.  But soon her breathing grew ragged and her translucent green eyes were fixed on a faraway place, a place I couldn’t see. I held her hand and I kissed her and I whispered how much we loved her and what a great mother she had been.  When she was finally ready to die, she did.

4 thoughts on “Who Decides When It’s Time to Die?”

Confessing My Heart Out
Adventures with my bettefr half. Coffee and travel.
mfourlbyhfourepoetry